On Saturday, the day before leaving Brazil, I joined via Skype the post-screening discussion for 'A2-B-C' taking place at Poly Poly Higashi Nakano, the Tokyo cinema where the film has been screening twice a day for the last two weeks (PHOTO below, INFO HERE).  As this may be the last week for the film to be showing in Tokyo, there was a great turnout for the screening and discussion led by Japan Docs director Kayo Sawaguchi (who previously interviewed me in this video HERE (日本語) and documentary filmmaker Matsue Tetsuaki (one of the jury members who awarded 'A2-B-C' with THIS prize last year). 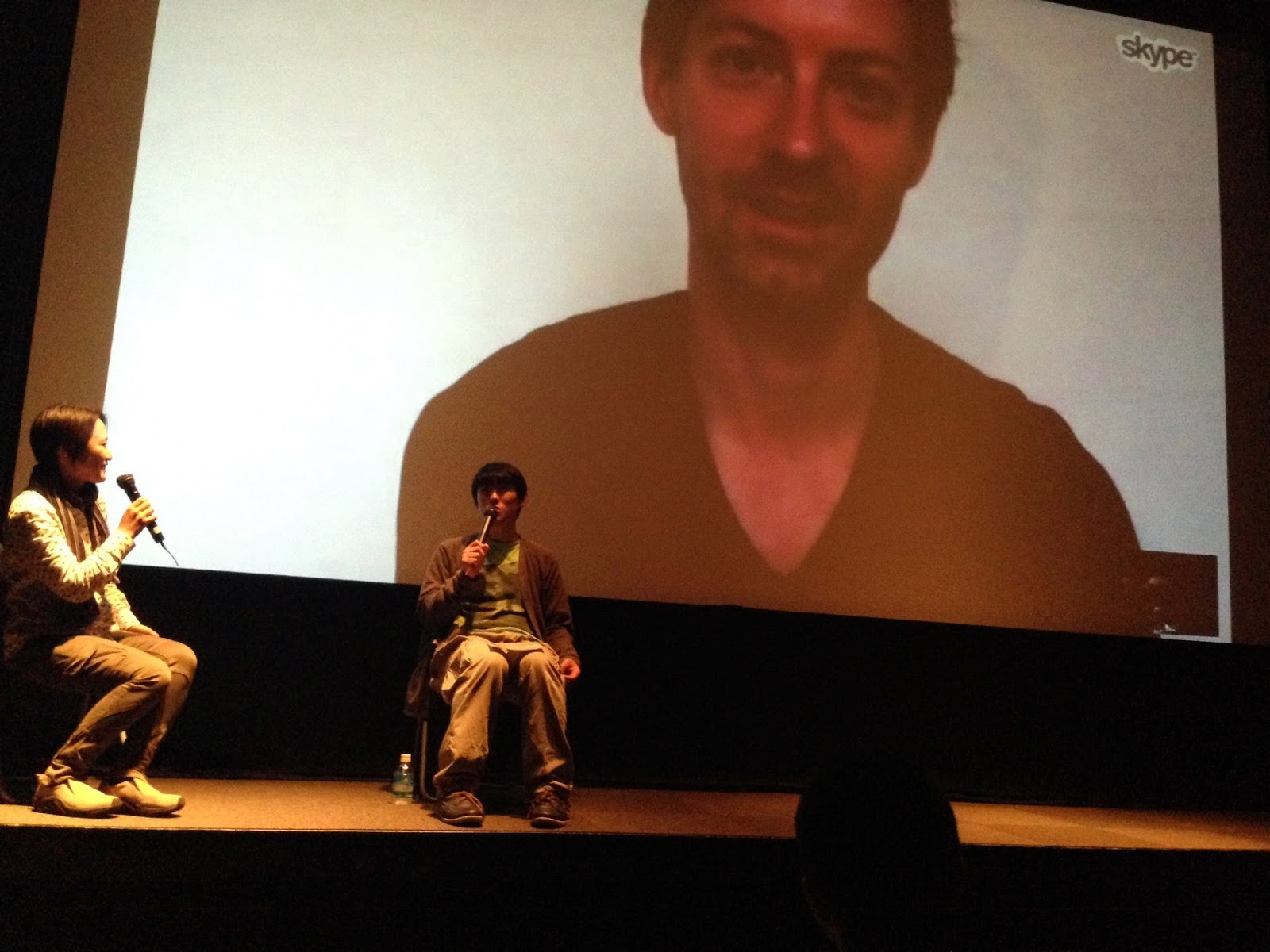 Making a quick stopover in the US (which thank fully broke up an otherwise more than 24 hour trip from Brazil to Japan), I had the chance to briefly visit my family.  I was also invited to give a talk about my work as part of a speaker's series at Collington, a retirement community outside Washington, DC, which is home to many former ambassadors, members of the United States Foreign Service and CIA, and foreign correspondents.  In the interest of full disclosure, this is also where my father lives. 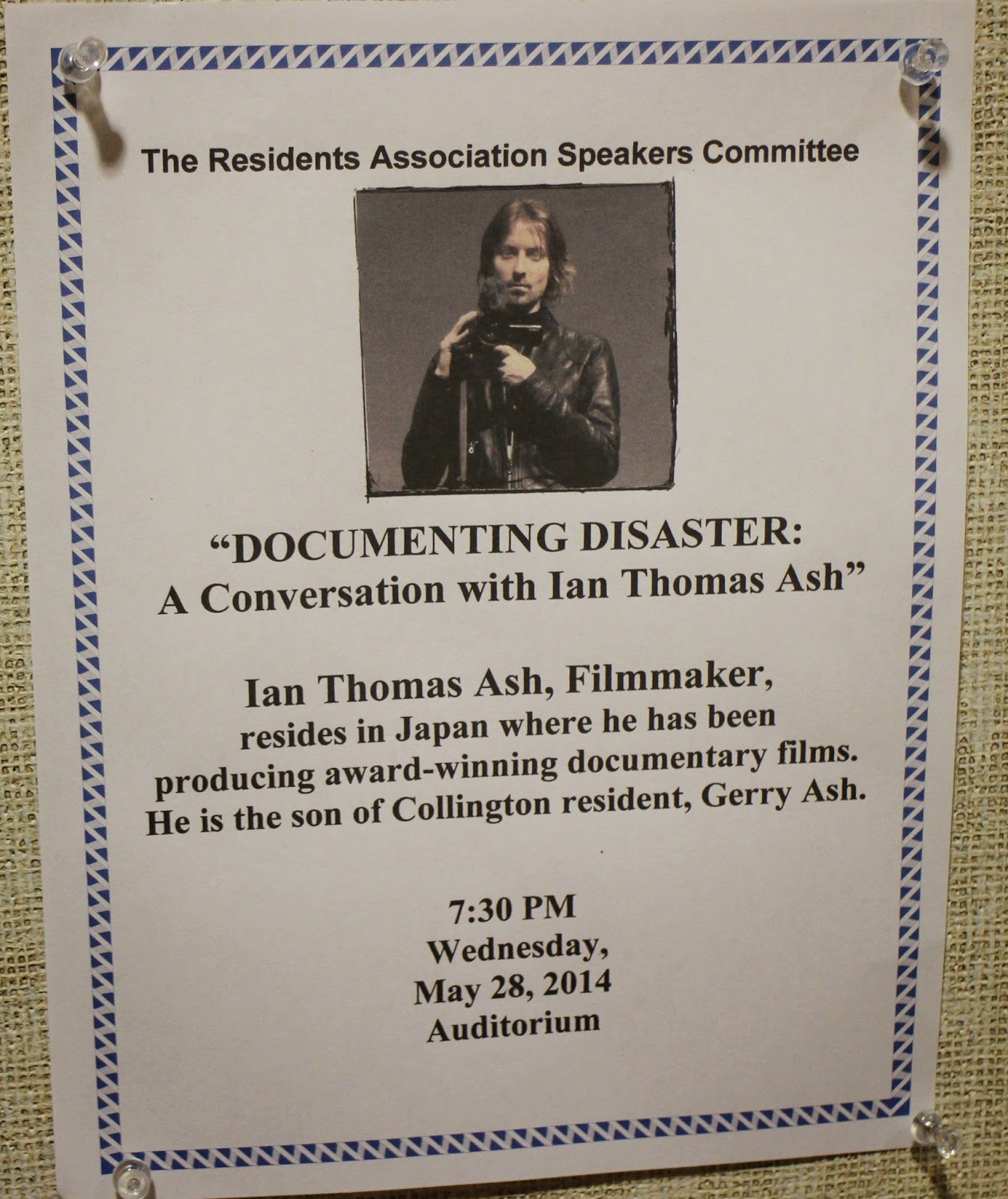 Dining with some of the residents before my talk, I was struck by the varied and amazing experiences they had had as influential leaders in events that had changed the world.  Where I had only read about such times in history books, these are the people who had helped to shape that history.  Their stories must be recorded, and I found myself wondering how I could help with such an oral history project.  It was humbling (and almost embarrassing) to be invited to speak before a group of such distinguished persons, but it was a wonderful experience that I will treasure deeply. 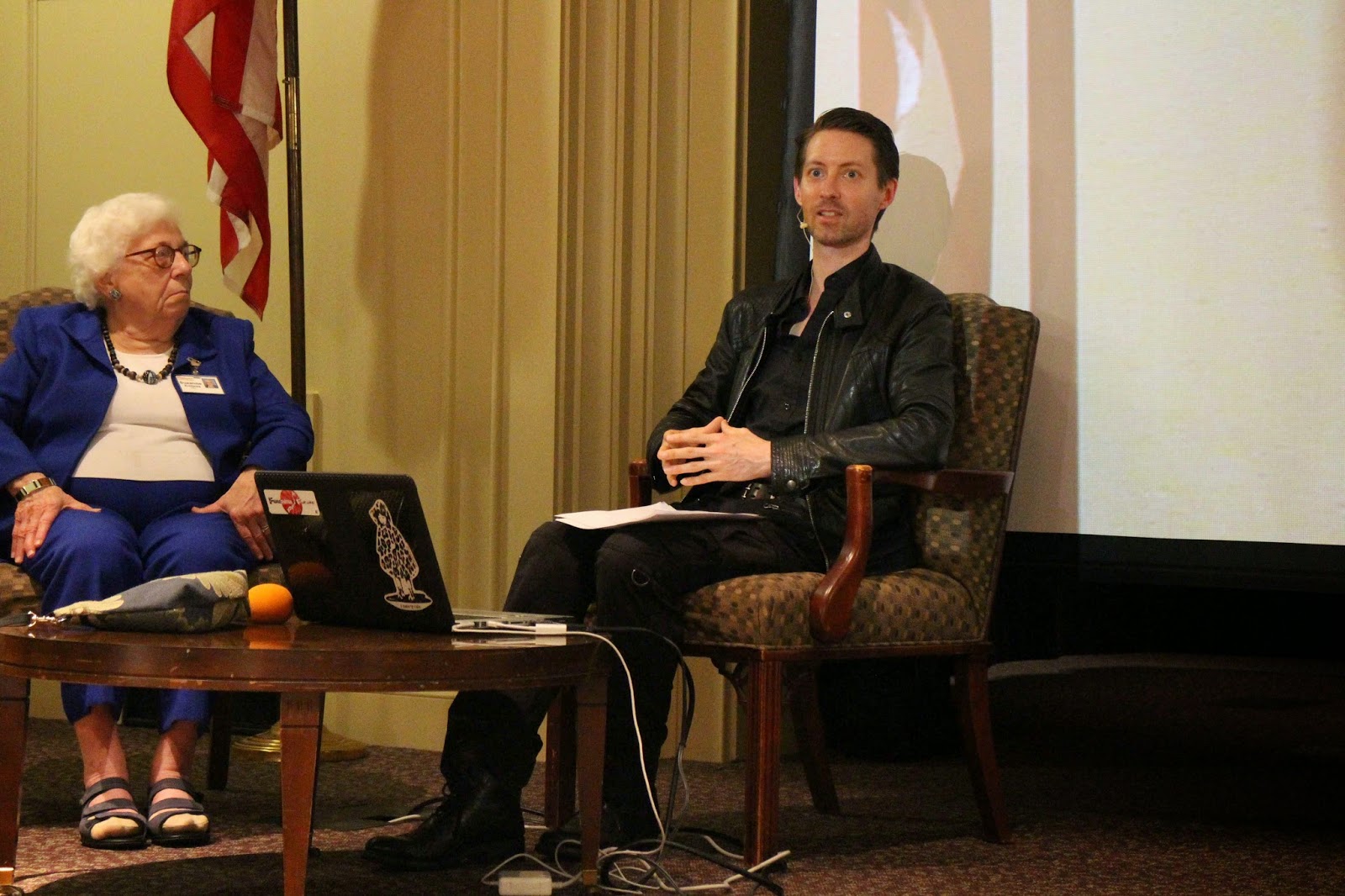 During the talk moderated by Suzanne Embree, Speakers Committee Chair (PHOTO above), I was able to share clips from my work on a large screen for the audience in the attendance, and in addition, the entire event was broadcast live on the in-house channel for those that desired to watch from their own homes. 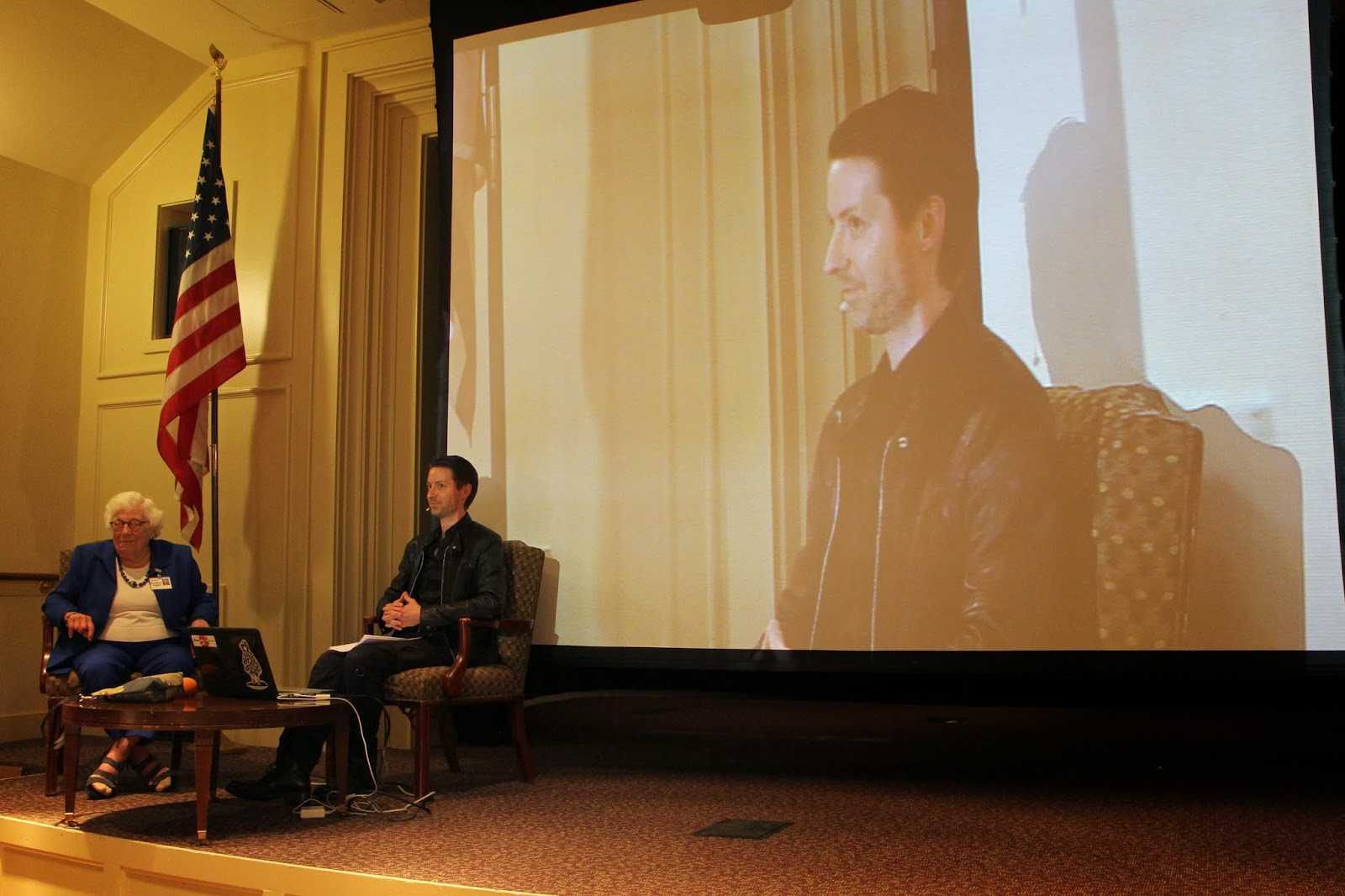 The time has gone by all too quickly, and now I am on my way home to Japan where I will attend the last evening screening of 'A2-B-C' in Tokyo.  These nearly three weeks away have been filled with amazing experiences that I look forward to reflecting on as I continue moving forward.  This also marks the end of one year on the competitive international film festival circuit for 'A2-B-C'.  As the film next goes on a domestic tour of Japan (INFO 日本語), I will be looking at how to reach a larger audience for 'A2-B-C' at home and abroad, while continuing to work on my new projects, including the upcoming premier of my new film '-1287'.  Trailer HERE: