Yesterday, I was honoured to learn that Opposition Lawmaker Yamamoto Taro had not only gone to the cinema in Tokyo to see my film 'A2-B-C', but he had also posted about it on his Facebook page (HERE).  I am extremely grateful that he made such a public statement about going to see the film, and know that this will help to raise its profile and thus the plight of the Fukushima families it depicts. 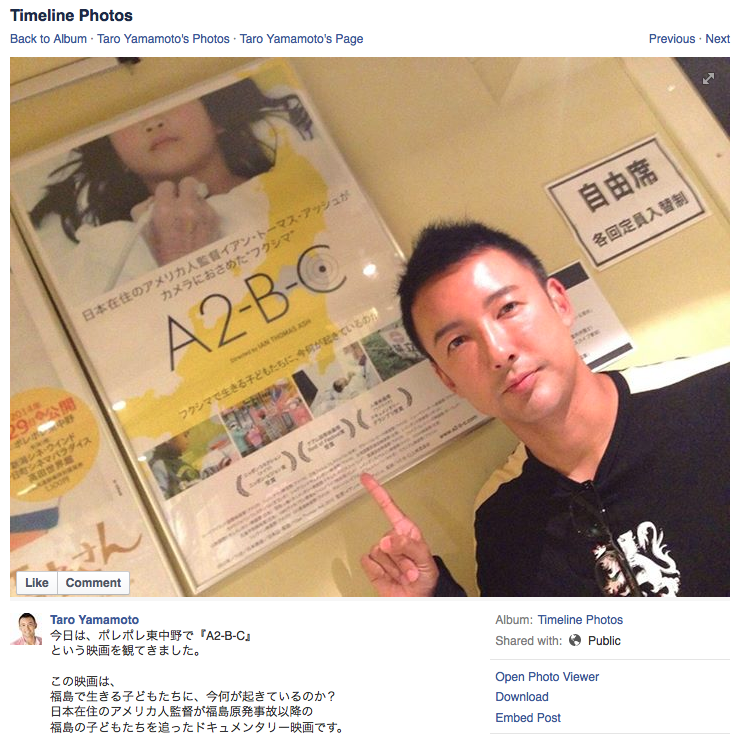 Last autumn, I wrote about Yamamoto-san's opposition to the then-proposed "Secrecy Law" (PHOTO below, STORY HERE).  The law eventually passed, causing great concern among journalists (and filmmakers).  In March of this year, I wrote THIS article about the new law for the German publication IPPNW Forum. 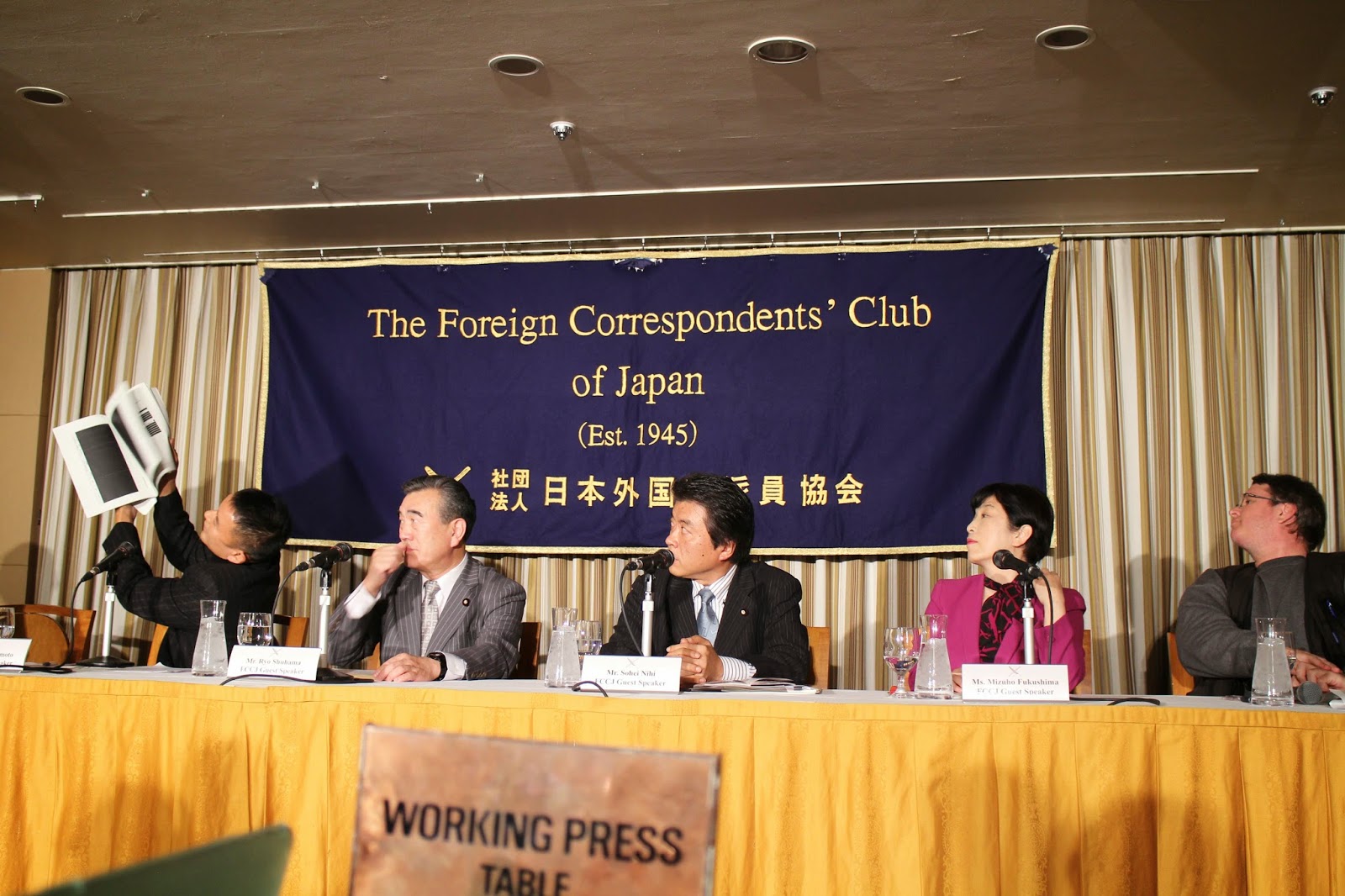 Back at the film festival in Edmonton, I have had an awesome week at Global Visions (WEBSITE).  Great films, new friends, and fun talk over good wine.

Here's to new friends and colleagues! 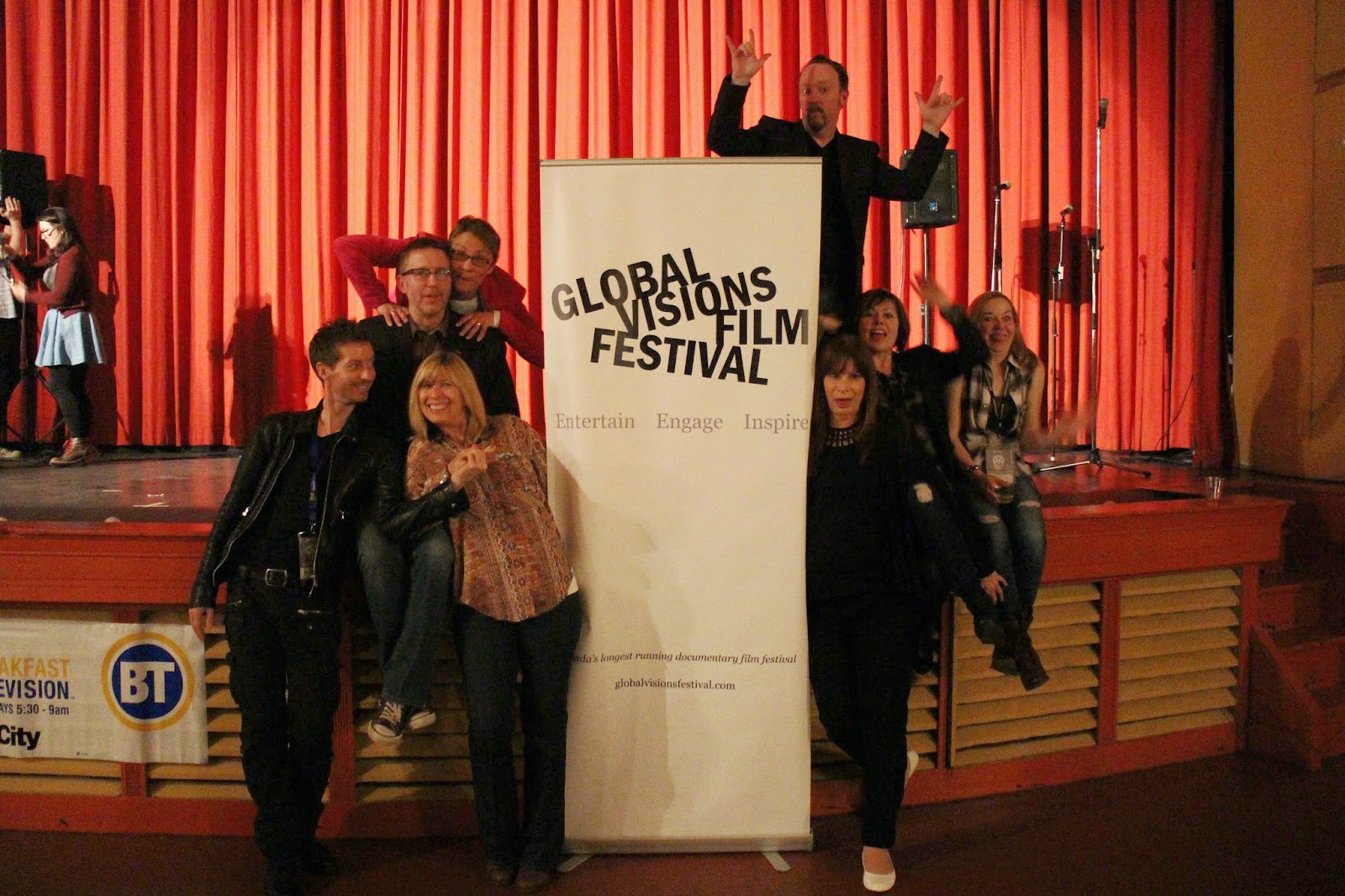 After a wonderful closing screening and debriefing over diner, this morning I am at the airport again; this time on my way to Brazil for a screening of 'A2-B-C' in Rio de Janeiro's Uranium Film Festival (INFO).

But first, despite the late night, I was up 4, packing my suitcase and getting ready for a 5am Q&A via Skype with the audience in the Tokyo theatre where the film was released last week (INFO).  I am just so extremely grateful for this opportunity to share this story with people all over the world. 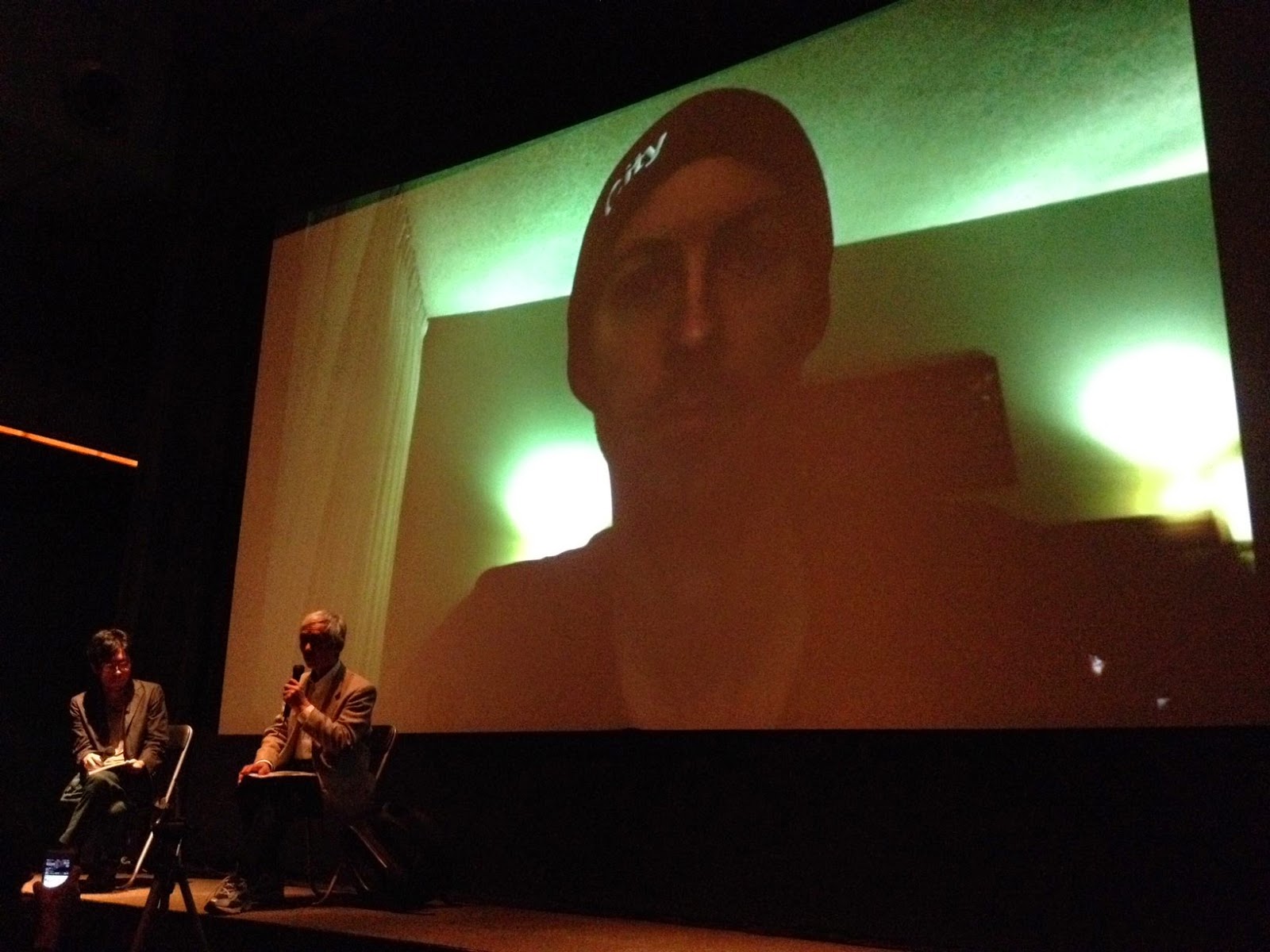